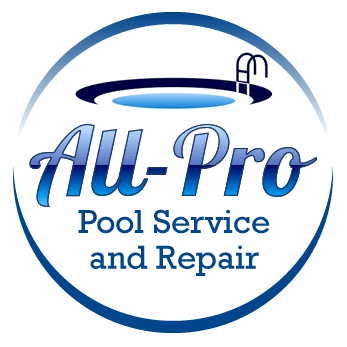 You’ll Get A Quality Pool Service
You Will Love And The Service You Deserve...
GET A FREE QUOTE

All Pro Pool & Repair is your 20 year pool and Repair Service professional. With expertise in the hotel business behind us, we are certain we will make sure your pool is serviced and cleaned with the best of care. Call us first, for all of your pool and Repair needs, and you won’t have to look further. Unfortunately we do NOT maintain ABOVE GROUND POOLS. Thank you for your interest!

Be rest assured knowing that your pool is in the best hands by calling us at All-Pro Pool Service and Repair today.

GET A FREE QUOTE

WHAT THEY SAY CLIENT TESTIMONIALS

Rick was fantastic. I called him on a Saturday saying my pool pump wasn’t working and he came out the same day. When he got here it was working and the problem was due to my lack of knowledge. He was wonderful, explained everything to me and gave me some pool tips, He was not going to charge me at all but I also had a pump timer that was not working so I asked him if her could fix that. He had the parts in his truck, fixed/replaced in the middle of a downpour and was very professional and friendly. I am calling him back for another service I need today.

The pool pump broke and my son called Pool medic they charged me 150.00 and a week later the pump broke again and they refused to fix it. After it broke for the second time My son left it for weeks, by the time I saw the pool it was green, almost blackish and had lots of frogs and smelled so bad I could not stand to walk in his back yard. I called All Pro Pool, he fixed the motor and cleaned up the pool. He came out right away and work was done fast. You had to see the pool, its just unbelievable how he got the pool cleaned up so nice.

Would highly recommend this company.

Called them on Friday – holiday weekend and they came right out and examined the green pool. Had chemical in the pool next day. Evaluated the entire pool system – found problems with the motor, impellor, skimmer and filter. Got it all workign so that the realtor could sell the hosue. Thanks

Office called me the same day I submitted the request. Came out promptly and assessed the situation. (Stains in bottom of pool) Rick encountered some problems that required extra care. There was staining in the bottom of the pool caused from copper coming off the heater. He was up to the challenge and did a great job.